Three more General Healing Configurations, comprising of rose quartz and pyrite crystals, were planted this week to further areas of fly tipping on the West mainland  of Orkney. This work to cleanse and recharge the land at such points began in June this year and is now complete with a total of eight sets planted.

For the final set it felt larger crystals were required than I had available, so groups of three of each type of crystal were programmed and planted together to act as one. 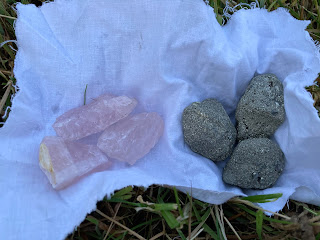 Groups of three crystals ready to be planted 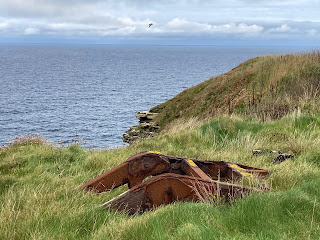 One of the sites of planting 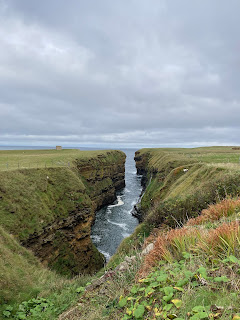